ORAC stands for Oxygen Radical Absorbance Capacity. It's a lab test that attempts to quantify the "total antioxidant capacity" (TAC) of food. The Process is done by placing a sample of the food in a test tube, along with certain molecules that generate free radical activity and certain other molecules that are vulnerable to oxidation. After a while, they measure how well the sample protected the vulnerable molecules from oxidation by the free radicals. The less free radical damage there is, the higher the antioxidant capacity of the test substance. There are a handful of different tests designed to measure total antioxidant capacity in this way, but the ORAC is probably the best known and most popular.

The nice thing about this method is that it measures the antioxidant activity of a food rather than the levels of specific nutrients, such as vitamin C or E. There are thousands of unique antioxidant compounds in plants, most haven’t been discovered yet. There’s no way we could measure them all individually. This approach would also capture any synergistic effects between the various nutrients—ways in which nutrients are more effective in combination than they are individually.

This is not medical advice.

Note: The ORAC values in this list are normalized to 100 grams of weight (about 3.5 ounces) because that is the way in which the original database of information was presented. The intent is to ‘normalize’ the various items to simply compare ‘raw value’, NOT ‘amount per serving’. 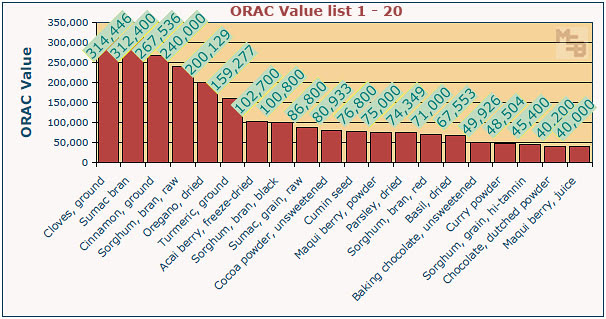 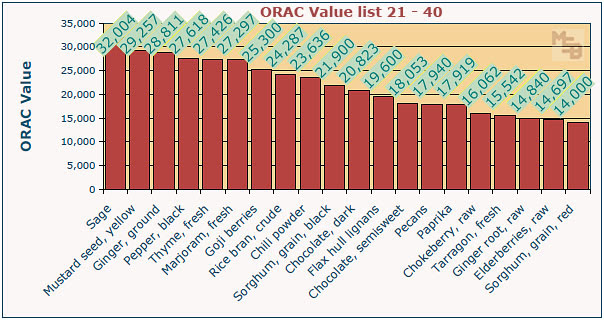 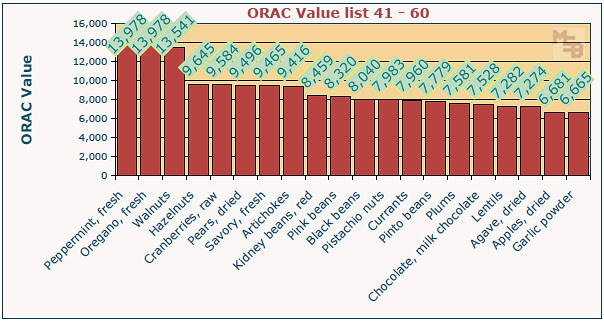 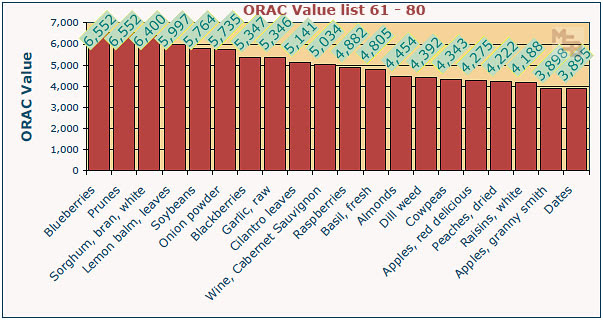 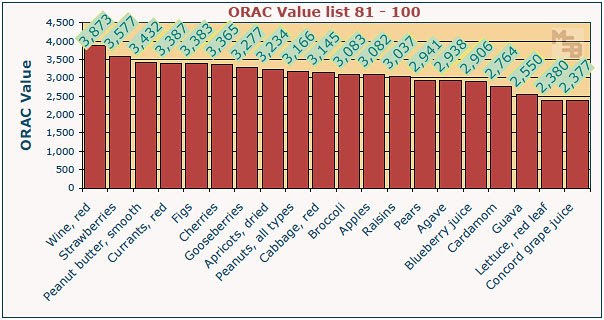