For centuries, apple cider vinegar has been used as a home remedy to treat many health ailments, as well as a disinfectant and natural preservative. Today, it may be most well-known for its use for weight loss and blood sugar regulation, among other things.

Apple cider vinegar is produced during the fermentation of apple cider. During this process, the sugar in apples is fermented by yeast and/or bacteria added to the cider, which then turns it into alcohol and, finally, into vinegar. Many consume the vinegar itself, while others use apple cider vinegar capsules or gummies.

Proponents claim that apple cider vinegar may boost your health in a variety of ways. Science backs up some of these claims.

The acetic acid in vinegar appears to block enzymes that help you digest starch, resulting in a smaller blood sugar response after starchy meals such as pasta or bread.

To incorporate apple cider vinegar in your meals, try adding a splash to salads, marinades, vinaigrettes, and sauces.

If you have diabetes or prediabetes, however, be sure to consult your doctor if you’re considering using amounts larger than those normally found in cooking. Vinegar can interact with diabetes medication, and it shouldn't be used by people with certain health conditions, like gastroparesis

Proponents claim that consuming vinegar before or with a meal may have a satiating effect.

A 12-week study from Japan reported that people who had consumed up to 30 milliliters (roughly 6 teaspoons) of vinegar per day experienced a modest one- to two-pound reduction in body weight. Body mass index (BMI), waist circumference, triglycerides, and visceral fat were also slightly reduced.﻿﻿

People tend to consume greater than normal amounts of apple cider vinegar when using it for weight loss purposes, with some even taking it in supplement form.. 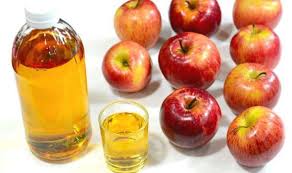